From time to time I make a journal entry to document the course of my fledgling writing career. I imagine it might be helpful to be able to look back and observe how experience has changed me. These posts could also be useful for other newish writers experiencing the same challenges. They will read it and say, “Ah, I’m not alone, and also Chris was way more naive about all this than I am.”

And boy is that ever the case. When it comes the things you are supposed to do to promote a book, I am naive. Nigh-eve. Like, knock-kneed baby deer wobbling across a frozen puddle in rush hour traffic, naive.

I’m not great with metaphors, but I can’t help but compare publishing a book to football, where the author is playing the quarterback and wide receiver positions at the same time. You throw a pass that you must then run underneath and catch. Writing the book and inking the deal is the pass. The catch is all the nurturing and promoting you do when the story is released into the world. Making the pass begins an inexorable countdown to the catch, or publication date, at which time you have to be prepared to bring the book into the end zone (sales!). My guess is that this scenario probably applies to most writers who don’t have the resources of a massive top-five house behind them.

So how do you make the catch?

There’s calling around/visiting bookstores to enquire about how one might schedule readings and/or signings. There’s the hustling for pre-orders among family, friends, and social media. I’ve heard that preorders are important because the God Algorithm within Amazon’s servers feeds upon them to boost sales rank when the book comes out, and that it might also be important data for book sellers when they make their decisions on how many copies to order. It’s all very mysterious.

I’m doing this by the seat of my pants. On social media I’ve tried to walk the line between smashing people over the head with OMG I’M SO EXCITED BUY MY BOOK and laid back, cool, reverse psychology hey guys I wrote a book here’s a preorder link or whatever.

I hijacked a few popular memes.

Not sure if this sold any books, but hopefully it helped to increase visibility.

I haven’t lived in this writers’ world for very long. I began writing seriously at thirty-eight. Moderately long in the tooth in terms a career start. And you can’t even call it the start of a career, really. Just a decision to begin writing and have it hopefully turn into a career at a later, hypothetical date. My novel The Phlebotomist, which was one of five books I’d written/worked on, was sold to Angry Robot in my 43rd year.

During the intervening half decade between deciding I would write a book and getting a deal, I read everything I could about what to do if you actually get your story published, i.e., how to best “catch” the ball I was planning to throw. Reading blog posts and lists and seeing what other writers say in places like Twitter is helpful. Book promotion can take many different forms; and presently, this brings me to the subject of cons.

Now I’m not entirely ignorant about these things. Sometime in the late 1980s or early 1990s, I tagged along with a friend to O-Con (Oklahoma) which was, as I recall, sort of a precursor to modern-day comic book conventions, just without the really good cosplay or famous people. I even participated in a skit where he and I reenacted the first time travel scene from Back to the Future. I was Marty. He got shot. I think we won a ribbon.

But did you know that there are actual book cons? Yes, Chris, there are! And they’re all over the place and they occur every weekend at different locales around the world and everyone goes to the after party.* This is all, at least, according to writers’ Twitter. [Sidenote: writers’ Twitter is equal parts inspirational, terrifying, and soul-crushing. Highly recommended. 14/10.] It is also my impression from the Twittersphere that all writers attend all the cons and sign away all the copies of their books and happily report to their publishers that, yes, they will need to do that eleventh printing.

While my little blurb there is hyperbolic, I try to keep in mind that social media is a skewed portrayal of reality. For all of the success that people rightly want to share, there are writers shelving novels they’d loved but couldn’t publish, and many who published but without sales numbers they’d hoped for.

So, the metaphorical ball is in the air and I’m still learning how to make the catch. I’m well aware that completing the pass is not a sure thing, and carrying it into the endzone isn’t guaranteed either.

Right now I’m just trying to run under the ball. The process of trying to figure out whether or not to attend book cons, which ones to attend, and how to promote the book while there is daunting. But it’s also exciting. And that’s the point right? Enjoying the process? Yes? 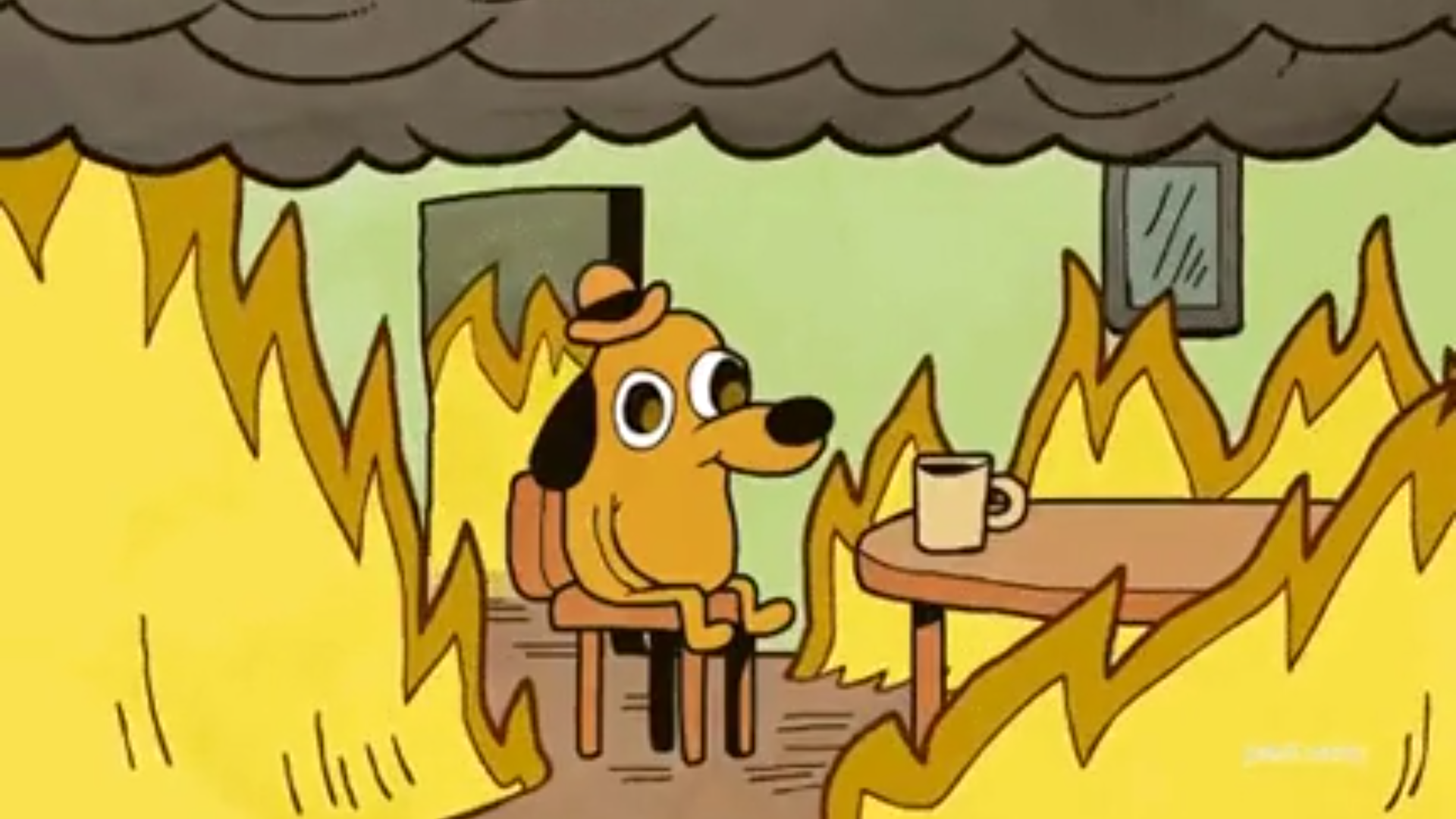 I am currently scheduled to attend the Writers’ League of Texas Agents & Editors Conference from June 26-28, 2020 and I will be on one of their panels (details forthcoming), and CAN-CON from October 16-18, 2020. I’m still working on a few others and will post about those when/if they happen.

If, by chance, you are also attending any of these conventions, please come up and say hi. I’ll be the guy trying to fit in.

THE PHLEBOTOMIST comes out on September 8, 2020. You can preorder it from Angry Robot, Amazon, the UK’s famous Waterstones, or your local indie shop.

*Unless it is organized by George R.R. Martin, apparently, in which case, the plus-ones can wait on the bus outside.

3 thoughts on “Book Promotion: This is fine”